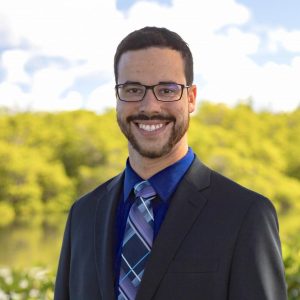 Nathanael is a graduate of Penn View Bible Institute with a bachelor’s degree in missions and has worked abroad in Taiwan for one year. He is currently preparing to return to Taiwan and serve in the field long-term. He eagerly awaits the day he can resume his work there and be a part of the growing churches within that nation.

From his childhood days Nathanael enjoyed listening to visiting missionaries and hearing their stories, though he did not think he would ever be one. While in college, he made missions the focus of his study. During his internship in Taiwan, he was greatly impacted by the culture and people. It wasn’t long until Nathanael felt God place a special interest within his heart for ministry in that country. After finishing college Nathanael went back to Taiwan as a short-term missionary to adapt to the culture, learn the language, develop skills, and gain experience.

During his time there, Nathanael was greatly involved in teaching classes to adults, teens, and children. He developed materials for them to study the Bible. He also began the intense work of learning the local language. At the present while here in the US he continues working with the Chinese, primarily through teaching various classes and Bible studies. Nathanael has continued with Chinese language acquisition as well.

English has become a great way to connect with people. It presents a two-fold opportunity: to teach a language that is spoken throughout the world while at the same time to present the gospel message. Teaching has become a joy and a challenge as Nathanael has experienced the labor it takes to share valuable knowledge.

Through his ministry Nathanael is excited to spread the gospel in this part of the world. Thank you for supporting Nathanael Bundy as he serves in Taiwan!

Give to Nathanael Bundy!